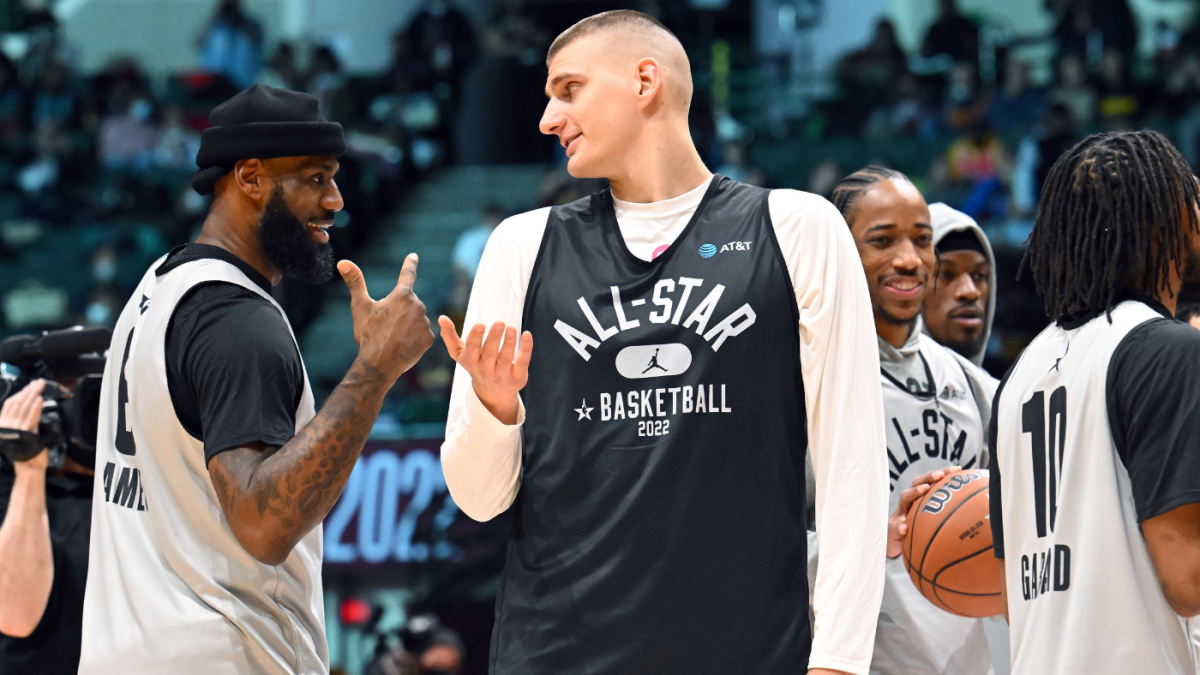 The NBA loves to tinker with its All-Star format. In 2018, the league shifted away from the longtime East vs. West format that dictated rosters in favor of two captains picking teams through a draft. Two years later, it adopted the Elam Ending to make the final moments more competitive. The game itself hasn’t undergone any significant changes this season, but All-Star Weekend as a whole has two big ones:

These tweaks are made for the league’s benefit. The NBA not only wants to create the best possible All-Star product, but also measure fan interest in these ideas in general for possible use in other areas. An unintended side effect, though, is the impact it has on bettors. To some extent, every All-Star Weekend lately has forced the betting community to fly blind. There isn’t an extensive sample of winners to be studied in every event.

So to help prepare you for this weekend’s action, we’ve prepared a betting guide to all of the All-Star action. The Slam Dunk Contest is notoriously difficult to bet on considering the subjective nature of its scoring, but we’ve covered all of the other major All-Star events below.

We have four teams in the field this season and no common themes to explain the rosters, so first thing’s first, let’s cover who’s playing for who:

Pick: Team Barry (+260). There’s some value to be had with Team Worthy, who has the lowest odds at +350, but I’m taking Team Barry for a very simple reason. Most young players are bad defenders. That holds true for these teams, who by and large, have a couple of promising players on that end of the floor on rosters that will largely struggle. Team Barry is the one best equipped to actually get stops. Sengun is the only defensive issue on this roster, but Mobley’s presence should cover that up just fine. All four teams should be able to score, so the fact that the one team that looks fairly sound defensively isn’t favored offers a little bit of value here.

All odds are courtesy of Caesars Sportsbook.

Pick: Team Rooks (-125). The NBA prioritized a compelling narrative over its competitive product when it revamped the Skills Challenge. As fun as it will be to watch the Antetokounmpo family work together here, shooting is a significant part of the Skills Challenge format. That has never been their strong suit. A Cleveland team built around two big men, one of whom in Jarrett Allen is primarily a dunker, faces similar but less dire problems. That makes Team Rooks, built around three perimeter players, one of the best bets on the board this weekend.

Pick: Karl-Anthony Towns (+1200). No trend has ever really emerged among 3-Point Contest winners because the group tends to be fairly homogenous. The NBA gathers its best shooters and one of them happens to be hotter than the others on that particular day. The shots are wide open so release time and ball-handling aren’t quite as important as they would be in a game setting, and there’s no way of measuring how comfortable a player is pulling the ball off of a rack beforehand because there’s no analogous situation within games. So instead of picking a winner, I’m taking a slightly different approach here. Let’s take a look at how all of our competitors are shooting on wide-open 3’s this season.

Do you see any discernible pattern in that data? I don’t. There might be meaningful gaps between these shooters if we evaluated them over a longer sample, but it’s worth remembering that all of these players are here for a reason. The gap between, say, the third-best shooter in the NBA and the 20th is not particularly big… but the difference in the odds here is somewhat substantial. Do I think Towns is going to win? Probably not. But the odds suggest that the favorite, Mills, probably won’t either. The payout on Towns is almost three times as big. Without a major gap in win probability, I’d suggest you take a long shot or two here and play for the windfall.

Pick: Team Durant +5.5. Picking against Team LeBron feels a tad irresponsible. He’s undefeated in the All-Star Draft era. His team, on paper, is substantially better than the one Kevin Durant drafted. Durant himself isn’t even playing. If these two rosters played a seven-game series with genuine stakes, I have little doubt that Team LeBron would win with minimal difficulty.

But this isn’t a seven-game series. It’s a largely uncompetitive exhibition game being played between two teams filled with the NBA’s best players. That creates a high-variance environment that makes giving six points an enormous risk. Even if Team LeBron has won the last four All-Star Games, it has covered a six-point spread only twice. Look at it this way: we can broadly say, given how little effort tends to be exerted for most of this game, that this game has four possible outcomes that have relatively even odds of becoming reality. If Team LeBron wins in a blowout, so be it. But if Team Durant wins in a blowout, Team Durant wins a close game or Team LeBron wins in a close game, you’re winning this bet. I like those odds.

Pick: Giannis Antetokounmpo (+400). Antetokounmpo has only won All-Star MVP once, but based on his numbers, it would almost be irresponsible not to bet on him. Over his past three All-Star Games, he’s averaged 32.7 points on 75 percent shooting with just under 10 rebounds and four assists. As a reminder… this is the All-Star Game. Nobody plays enough minutes to average numbers like that. Giannis does it because, well, it’s the All-Star Game. Think of how easy he makes actual NBA games with his length and athleticism. In games without maximum defensive effort, he’s going to rack up easy dunks all night long.

Pick: Nikola Jokic (+1500). That leaves us with seven possible candidates. We’ve covered Antetokounmpo already. All-Star Games offer him similarly fertile territory. There will be easy dunks aplenty for him. Given the quality of his teammates and the lackadaisical defense his opponents will be playing, he’ll also surely wind up with a couple of highlight assists. There’s some danger here with Joel Embiid defending him. Given their status as the two MVP frontrunners, Embiid might want to prove a point by playing Jokic hard in the All-Star Game. But the value here is absolutely insane. Jokic might be the best player in the NBA and his game is tailor-made for an All-Star setting.