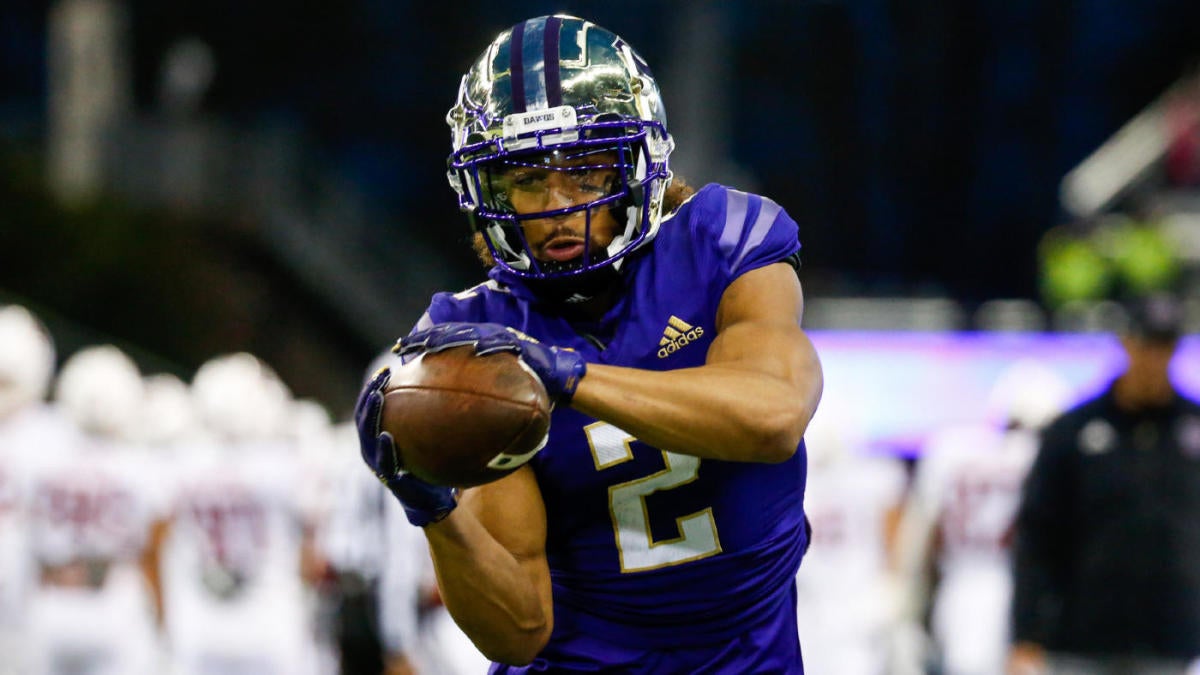 The 2022 NFL Scouting Combine begins in Indianapolis this week with interviews from head coaches and general managers. The festivities kick into hyper drive later in the week with prospects in each position grouping take part in testing and on-field drills. CBSSports.com’s Ryan Wilson, Chris Trapasso and I answered some of the week’s biggest questions.

1. Which prospect will erupt at the combine?

Wilson: “I can’t take credit for this but I was talking with our guy at CBS Sports HQ, two-time Super Bowl champ Bryant McFadden, and he turned me on to (UTSA cornerback Tariq) Woolen, who was at the Senior Bowl and more than held his own. But he’s 6-foot-4, 205 pounds and he is not only fluid in his movements but he has a chance to torch the 40 time. Let’s put it this way: If he runs in the high 4.3s that’ll be considered a disappointment.”

Trapasso: “Rightfully, the focus at the safety spot is on Notre Dame’s Kyle Hamilton. And if he works out, it’s going to be a show. But (Penn State safety Jaquan) Brisker will prove he’s quite the big, fast, and athletic specimen at the safety spot too, thereby carrying on the recently formed tradition of Nittany Lion products erupting at the combine.”

Edwards: “Washington cornerback Kyler Gordon should test very well. I would expect him to contend for fastest player in Indianapolis. If he is able to show off his speed and movement skills, then he is going to elevate himself into being a first-round regular in projections.”

2. Who will run the fastest?

Wilson: “Woolen will be in the mix. In the history of the combine we’ve had 13 players break 4.3 and there’s a chance it happens again this week. In addition to Woolen, Calvin Austin out of Memphis will also be in the conversation. And so too will LSU cornerback Derek Stingley, who ran in the 4.3 range in high school. We’ve also heard that Michigan’s Dax Hill could time well.”

Edwards: “I am going to say Woolen as well. There is a lot of buzz that he is about to test very well. Coming from UTSA, he is a bit off-the-radar to the average fan but NFL teams are intrigued by his combination of size and speed. The combine is his moment to burst onto the national scene.”

3. Which under-the-radar prospect is bound to be a household name after the combine?

Wilson: “I guess I’ll keep bringing up Woolen until we all agree he’s a household name. (WR) Christian Watson out of North Dakota State balled out at the Senior Bowl, as did South Alabama’s Jalen Tolbert. On the other side of the ball, linebacker Chad Muma of Wyoming and Troy Andersen of Montana State are other names to watch.”

Trapasso: “On film, (Oklahoma LB Brian) Asamoah is a lightning bolt to the football, and he was one of the steadiest defenders at the Senior Bowl. Is he going to destroy blockers pulling to the next level? Not usually. But he’s incredibly fast and twitchy. The football-watching world will see just how explosive he is in Indianapolis this week.”

Edwards: “Georgia linebacker Quay Walker is built like a superhero and should move like one as well. There is buzz that he will test as one of the best prospects pound-for-pound. In an era where NFL teams value speed at the linebacker position and the ability to move sideline to sideline unencumbered, Walker should be coveted by many.”

4. Which quarterback will move up boards after the combine?

Wilson: “We haven’t heard much from (Ole Miss QB) Matt Corral since the end of the season because he wasn’t eligible for the Senior Bowl. If he runs a good 40 time and interview well, he’ll be right back in the QB1 mix. As for an off-the-radar QB to watch: Western Michigan’s Kaleb Eleby is a fun player (he beat Pitt at Heinz Field in the fall) and I like him more than I thought when I watched his tape.”

Trapasso: “Skylar Thompson, QB, Kansas State — It’s a challenge to draw major conclusions at the quarterback position from their work at the combine. But an impressive workout in the timed/measured drills goes a long way, especially in today’s NFL that asks more of quarterbacks athletically. Thompson was a dynamic scrambler and designed run type for the Wildcats and has a live arm. If he’s ultimately the second-most athletic quarterback at the combine — behind Malik Willis — he’ll ascend boards in a big way after the combine.”

Edwards: “My first response would have been Thompson and my second would have been Eleby. Rather than trying to provide some extra flavor, I’ll break the tie with Thompson. He is a plus athlete with developmental traits as a quarterback.”

5. Who needs a huge combine the most to save/boost their draft stock?

Wilson: “Here’s to hoping (Texas A&M defensive end) DeMarvin Leal balls out. His tape was up and down in ’21 but there’s no denying his physical tools. He just needs to tap into those tools more consistently. He was regularly making appearances in my mock drafts back in the fall but admittedly, I was waiting for him to turn it on. It didn’t happen, and while NFL teams are enamored by his potential, it never quite materialized. Leal can hit the reset button this week in Indy by blowing the doors off the workouts and here’s to hoping he does just that.”

Trapasso: “OK, (Oregon edge rusher Kayvon) Thibodeaux isn’t at risk of plummeting on draft night. However, there’s some questions about his maturity and intentions with his football career. Unfounded or not, it’s impacting his stock. At the combine, Thibodeaux can shift the focus back to what’s he capable on the field at the combine with a stellar workout.”

Edwards: “LSU cornerback Derek Stingley Jr. was my initial answer but it was reported Monday that he will wait until his Pro Day to perform. Georgia hybrid edge rusher and defensive tackle Travon Walker is a prospect that could rise into that top 10 conversation with a strong outing. If he puts up Rashan Gary-like numbers, knowing that Walker is a better player at this stage than Gary was, then it is reasonable to think he could be taken earlier than No. 12 overall, which is when Gary was picked.”