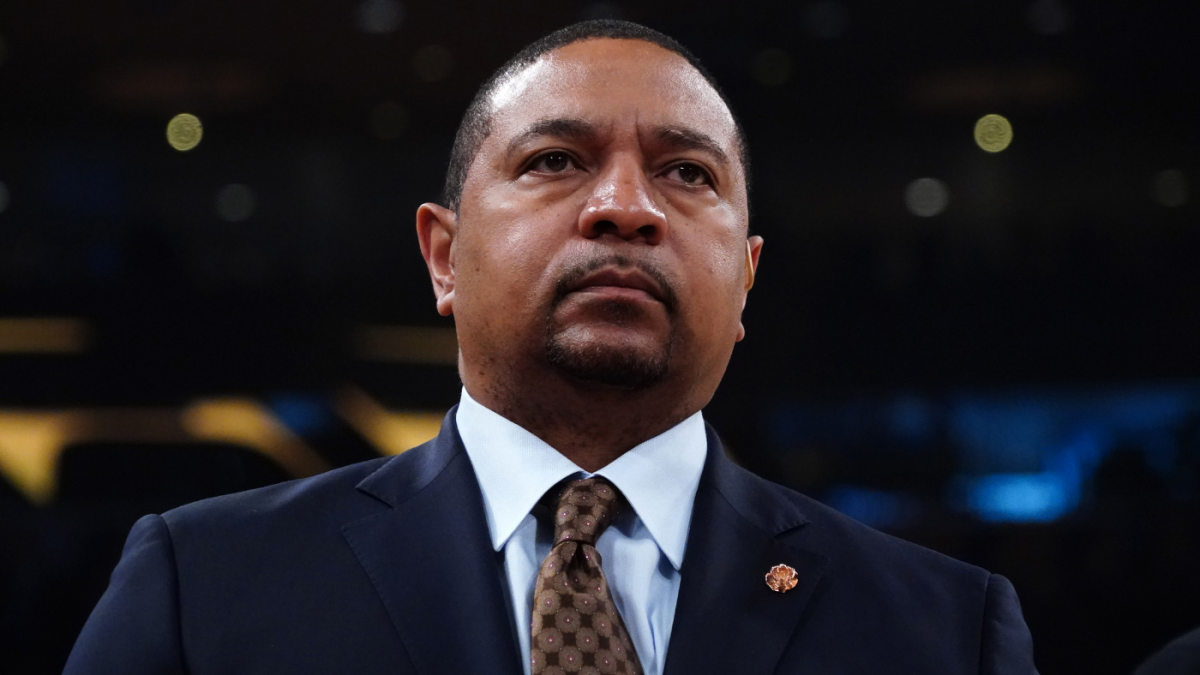 Before we get into who the Los Angeles Lakers might hire as their next coach, let’s all agree that the way they let Frank Vogel go was classless. To let that news leak before Vogel had even been informed of his fate in person was such a low move. Adrian Wojnarowski had that report out about five seconds after the final buzzer sounded on the Lakers’ season. He clearly appears to have had that news beforehand and was sitting on it. The formality of Vogel’s firing is irrelevant; that was a total trash move by a front office that continues to use Vogel as a fall guy for its own shortcomings.

Now, having gotten that off my chest, let’s move on to who Rob Pelinka — who for some reason gets to keep pulling the levers for the Lakers when not one of the other 29 teams in the league would hire him in the same capacity — might tap to replace Vogel. Our Sam Quinn put together a list of 25 potential candidates.

One of those candidates is Mark Jackson, who hasn’t coached since the Golden State Warriors fired him in 2014. The stink around Jackson’s name took a long time to clear as details emerged regarding his controversial Warriors tenure. Truthfully, it still probably hasn’t cleared. Still, according to Sam Amick of The Athletic, LeBron James would be “very enthused by the prospect of Jackson landing the [Lakers] job.”

LeBron has been supportive of Jackson in the past, and let’s not forget that Jackson is a Klutch Sports client. Of course, LeBron is going to speak well of a guy represented by the agency in which he is vested. Also, it’s not as if LeBron has been the best judge of coaching or players in the past. This is the guy who lobbied for Erik Spoelstra to get canned in Miami and last summer pushed the Lakers to trade for Russell Westbrook.

Thing is, the Lakers haven’t always given LeBron his way. As Amick pointed out:

If James truly had the deciding vote, Ty Lue would have been hired as head coach in the summer of 2019 rather than Vogel. Ditto for Jason Kidd, who was Vogel’s lead assistant with the Lakers the past two seasons before heading to Dallas last summer.

Kidd is an interesting comp for Jackson in that the stink around him was pretty bad as a head coach, for both on- and off-court reasons, before the Mavericks hired him to replace Rick Carlisle. Kidd, to his credit, took a lot of the defensive principles that he learned from Vogel and the Lakers with him to Dallas, which helped the Mavericks start the postseason as the West’s No. 4 seed. Kidd has been a good coach this season. A lot of people wouldn’t have bet on that.

Perhaps Jackson is also, finally, deserving of a second chance. Just don’t forget how badly it ended with Golden State. Never mind the pitting-players-against-one-another mind games he was famous for playing, or the fact that Jackson lorded over a locker room environment so rife with paranoia that an assistant coach felt it necessary to record private conversations for fear of what was being said about him, or even that Warriors owner Joe Lacob said Jackson couldn’t get along with anyone in the organization (have a look through this thread for a laundry list of Jackson transgressions) the man just wasn’t a good basketball coach.

Yes, he instilled a committed defensive mentality that had long been absent in that organization, but a lot of that was personnel (hello Draymond Green, Andrew Bogut, a surprisingly defensively adept Klay Thompson — even early in his career — and gritty role players like Carl Landry and Jarrett Jack).

Thanks for signing up!

Keep an eye on your inbox.

There was an error processing your subscription.

The offense was the problem. It was isolation/old-school matchup dependent, and the passing was almost nonexistent, making it way too easy for defenses to focus on Steph Curry running a million pick and rolls with everyone else standing around. Curry was great enough to cover for some of that, but ultimately Jackson’s Warriors drastically underperformed relative to their talent level as the No. 12 offense that was three games from missing the playoffs in his final season.

But hey, we always allow for, and expect, growth from young players, yet we tend to view coaches as finished products based on their latest performance. Kidd got better. Maybe Jackson could do the same with a a second chance. I doubt the Lakers will offer that opportunity, but if they did, it doesn’t sound like LeBron would be opposed to it.