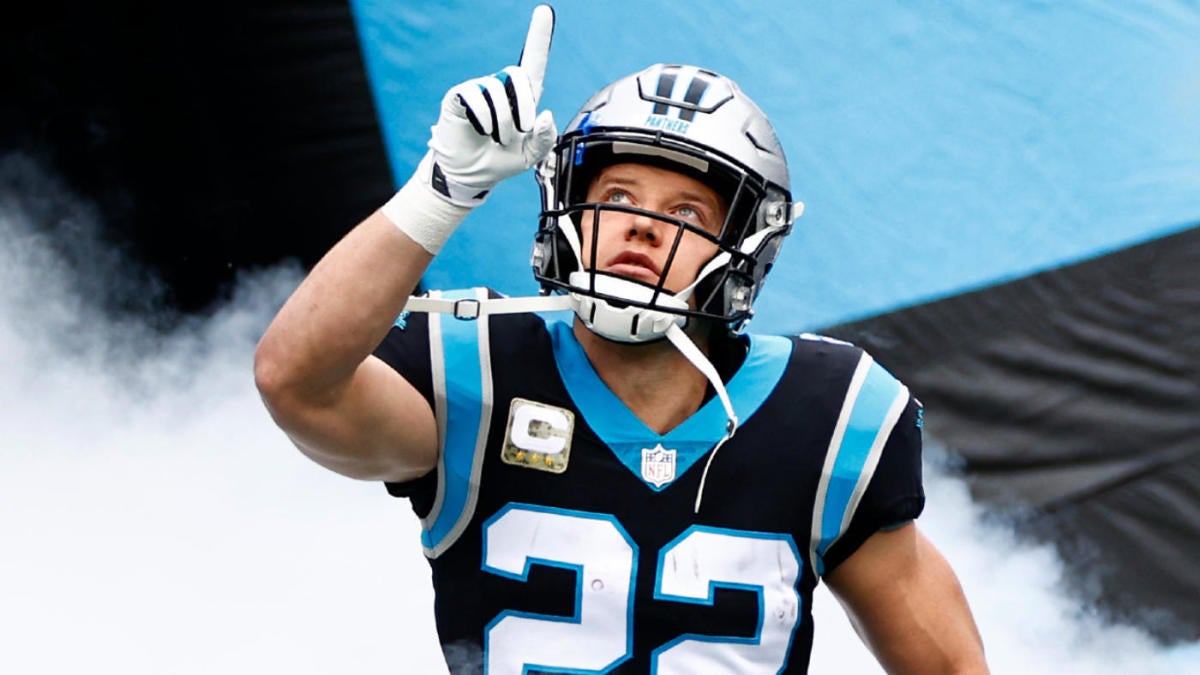 Carolina Panthers running back Christian McCaffrey isn’t on the trading block, but the team has fielded more than one call for the former All-Pro back who’s dealt with several injuries since signing his record-breaking extension in 2020, multiple league sources told me during and after the NFL scouting combine.

If a team wishes to add McCaffrey, I’m told the Panthers would be looking for a first-round pick plus another piece of compensation in order to ship one of the most versatile offensive weapons in the NFL today.

McCaffrey signed a record-breaking four-year, $64 million deal with Carolina in 2020, shortly after the start of the pandemic. This came after franchise icons like Cam Newton, Luke Kuechly, Thomas Davis and Greg Olsen all left for various reasons. Amid the tectonic shift in Charlotte, owner David Tepper looked to keep a face of the franchise in place.

But since that deal, McCaffrey has unfortunately served as reinforcement for the “never pay running backs” crowd. He’s missed 23 out of 33 games since Carolina made him the highest-paid running back in the NFL.

When healthy, McCaffrey can deliver a 1,000/1,000 season, and he’ll be just 26 at the start of the 2022 season. His potential to put a contending team over the top may be tantalizing enough to part with a first-round pick and then some to secure his services.

Carolina, meanwhile, needs draft picks. This upcoming draft is rich with Day 2 picks, of which the Panthers have none. They sent their second-round pick to the Jets for Sam Darnold and their third to Jacksonville for C.J. Henderson. With the No. 6 overall pick plus this hypothetical first, Panthers GM Scott Fitterer can spin one of them into multiple Day 2 picks to collect much-needed (cheap) talent for a team trying badly to get out of reverse.

I’m expecting the franchise tag for Chargers WR Mike Williams. I believed that entering the combine, and hearing Chargers head coach Brandon Staley talk this past week, I believe it even more now. And it all has to do with Justin Herbert.

“Now he’s got his process, his rhythm and routine with us,” Staley told CBS Sports HQ last week when I asked about what Herbert needs to work on from years 2 to 3. “He’s got that established. So now you come back and it’s the same coaching staff, it’s the same offense. And then now we can make those adds whether it’s the scheme, whether it’s personnel, to go elevate his game even more.”

I didn’t take Staley to mean that the Chargers will return the exact same offense, but there’s plenty to be said about continuity for the young QB. Williams just had the best season of his career in terms of yards (1,146), receptions (76) and touchdowns (nine). Why let that walk out of the door because of a cap hit around $19 million?

Perhaps the tag serves as a placeholder for the two sides to ultimately hammer out a new deal before the start of training camp. Or maybe L.A. decides the tag is worth another year of a look-see to guard itself against another injury Williams could suffer.

I don’t see this tag as precluding the Chargers from being aggressive at other areas of need like edge rusher, corner or the right side of the offensive line. But they won’t be able to swing big at more than one of those areas of need next week with Williams on the tag.

I have little reason to think the Atlanta Falcons are going to trade Matt Ryan at the start of free agency. The longtime Falcons signal caller has a historically large cap hit of $48 million, and the Falcons desperately need some cap relief. But it won’t come by trading away the QB.

I asked head coach Arthur Smith where the draft was specifically deep and maybe what positions the Falcons could target in a few weeks. “We need help everywhere,” he said flatly.

Hard to argue there. And impossible to think the Falcons would trade away Matt Ryan and eat that $40 million in dead cap just because a team like Washington missed out on Russell Wilson.

A restructure for Ryan this offseason has been obvious since about this time last year. I don’t get the sense the Falcons want to tie up more money in future years with Ryan, but kicking the can down the road when the cap balloons with broadcast money isn’t a terrible choice. That — along with restructuring deals with some combination of Grady Jarrett, Jake Matthews and/or Deion Jones — would free up some space for them to be players in the second and third waves of free agency, continue to build through the draft and work their way back to being a contender after going 7-2 in one-score games last year.

We’re all still on Aaron Rodgers watch. He’ll either return to Green Bay and sign a deal worth up to or more than $50 million per year or force his way out via a trade to a place like Denver, Pittsburgh or Tennessee. If traded, my leading candidate remains the Broncos. Once dealt for something that’ll look like two first-round picks plus a Pro Bowl-like player on a manageable contract, the Broncos would then sign Rodgers to an extension that would essentially be the same one he has on the table from Green Bay. Whether he informs the Packers of his decision by Tuesday afternoon’s tag deadline (as he promised earlier) or drags this out more is anyone’s guess.