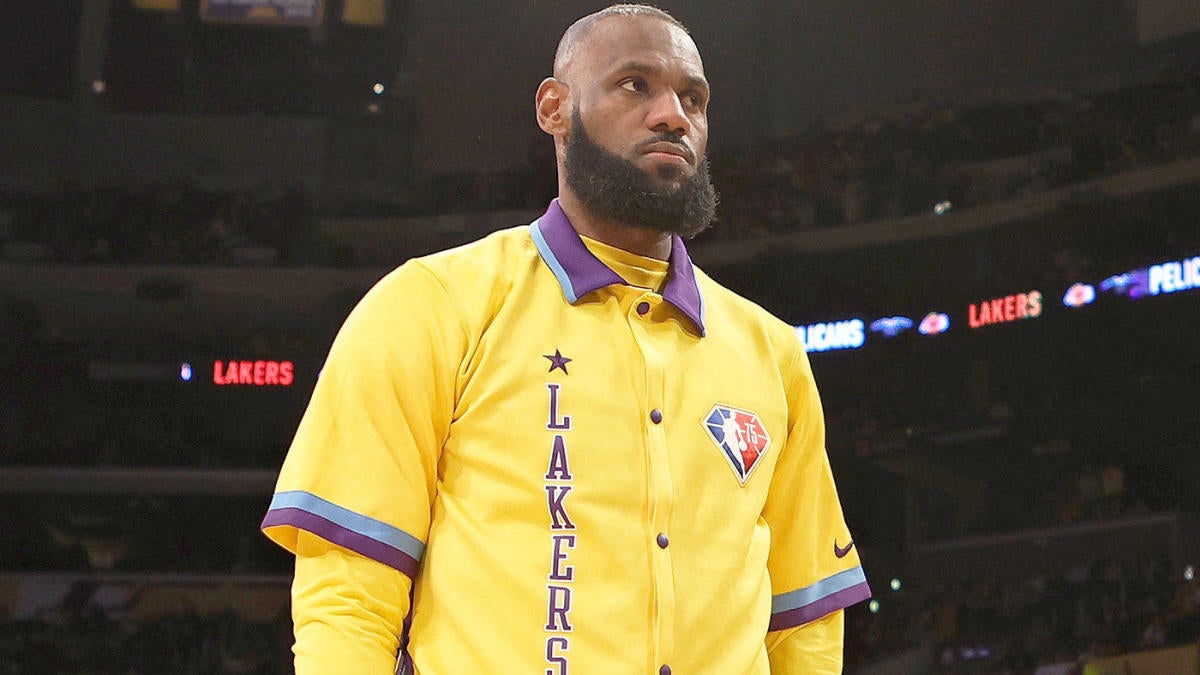 The Los Angeles Lakers’ postseason hopes are officially over, the future seems bleak, and heads are likely to roll. Head coach Frank Vogel is widely expected to face a reckoning. The Lakers would like to find a way to offload Russell Westbrook, unlikely though that may be, after he almost surely opts in to his $47 million, final year option this summer.

Fingers can be pointed all around at a Lakers season that is a wreckage of the high hopes when the season began: At Russ, at Vogel, at Anthony Davis’ injuries, at a front office that put as ill-fitting a team as possible around their all-time great superstar.

But it is, ultimately, the fault of the person in the Lakers organization with the most say and the most power who is to blame — the one who used that sway to put into place all the elements that have led L.A. to where it now stands, with a failed season behind them and no clear path forward.

This is all LeBron James’ fault.

The Catch-22 of LeBron’s all-time greatness has always been the out-weighted influence he’s exuded on a team. His wants have often been paramount to the plan, even his actual needs. But the juice has always been worth the squeeze. His call for player power in the NBA always had a sheen of success because he succeeded at every turn, regardless of how he wielded that power.

Kevin Love for Andrew Wiggins, JR Smith as a key cog and a host of other moves quietly — or not so quietly — pushed by the King turning out to not exactly be the stuff for an executive-of-the-year resume? Who cares? Finals appearances, and an actual championship for Cleveland, arrived nonetheless.

But time comes for everyone, even basketball royalty. And we’ve now reached the point where LeBron requires more help on the court than his influence off it has allowed.

It should have been no secret that A.D. was injury prone, and that his only successfully complete and deep run in the playoffs came in an anomalous COVID season in which the shutdown served him, and the Lakers, well.

Other truths that have turned the Lakers from contenders to disasters weren’t exactly hard-to-forecast shockers. Westbrook has been more statistical-marvel than impact-player for a long time, and the notion he — from his game, from his need to have the ball in his hands, from his track record of disappointment with other stars — would not work with LeBron was obvious to almost everyone in the NBA.

Except, as we all knew and Magic Johnson recently confirmed, one LeBron James.

Remember: Vogel is likely going to get fired, but it’s him and his staff who properly wanted Westbrook gone at the All-Star break. Being right in LeBron’s universe doesn’t matter, just as being wrong often didn’t if your name was LeBron James. The rule was simple: LeBron’s way was the only way, and the tradeoff was worthwhile.

There’s more examples. Alex Caruso and his value to the team being utterly overlooked. Carmelo Anthony as a solution despite his obvious decline and lack of postseason success. Passing on Buddy Hield. Forgetting LeBron, more than anything else, needs to be surrounded by shooters. And athletes who can defend.

The ins and outs of building a successful basketball team require a general manager capable of making the right, difficult calls. And on a LeBron James team — or, at least now, this LeBron James team — that means telling him no when, say, he decides he wants Westbrook over Demar DeRozan or several promising players in place of one star.

Remember, LeBron’s good friend Rich Paul, who’s now his agent, runs an agency that is strongly involved in the makeup of the Lakers. Paul asking or cajoling for something is the same as LeBron doing so, when it was nabbing A.D. or taking Talen Horton-Tucker (a Paul client) over Caruso (not one).

Klutch Sports, Paul’s agency, at the center of moves that impact LeBron is a very, very thin veneer trying to disguise the fact the Lakers’ best player has his hands all over the team’s makeup and construction.

Yes, LeBron James is still a marvel, even at 37 years old. His 30/8/6 is astounding and means, with the right team, he can continue to be in the thick of NBA title runs.

But he can no longer eclipse on the court what he’s wrought off of it.

LeBron likes to refer to himself as King James.

But here’s the thing about royalty: The problem with powerful aristocracies included having power without a system in place to force accountability, responsibility and course corrections. That led to sycophants with too much influence, no bad news or candid advice flowing upward and rivals getting stronger and better because they were willing and able to do what was necessary rather than flattering.

Kings and queens make fine figureheads. But as rulers, in the long run, they’re much more likely to fail.

It’s time for the NBA’s king to accept that in order to retain his throne he needs someone else to govern his kingdom: A GM — Rob Pelinka, maybe, or someone else — who is fully entrusted with decision-making aimed at giving LeBron James what he needs rather than what he wants.

The Lakers are a mess. But all of it — Westbrook, A.D.’s very-predictable fragility, the lack of depth and defense, the lack of shooting, the entire makeup of the team — was a LeBron James production.

He’s to blame. And until he accepts it, and changes, and gets the help now even he needs, things aren’t going to improve for him or the Lakers.